On November 22, a new update to the EUC World app was published in the Google Store, introducing many new features as well as improvements and fixes. In this article I will introduce you to the most important changes and new features you will find in EUC World 2.10.0 release.

One feature that users will certainly love is the ability to select and install AVAS sound packs directly from the app menu. More, now you can change sound packs while AVAS is running, and you will hear the changes immediately. Using AVAS features is also much simpler, thanks to the AVAS menu being reorganized and advanced features being moved into a separate menu. At this point, I would like to mention that the library of available sound packs will be expanded in the coming days with more new and very interesting sounds… 🙂

Your wheel doesn’t have BT speakers? Don’t worry, this is not a problem at all, as I have a pro tip for you! Get JBL Flip, JBL Go or any other, portable Bluetooth speaker, pair it with your phone and strap it to your EUC or backpack. This way you can get even more detailed, louder and deeper sound.

Are you an iPhone user? I have another tip for you. Get some cheap or 2nd hand Android phone that will be dedicated for EUC World. This way you can enjoy all of the EUC World features. You can even put it in an armband and use as a readily available dashboard, while having your precious iPhone stored safely in your backpack or jacket pocket. In case of any accident you’re only risking scraping cheap Android device.

Alarms based on wheel beeps

Another highly anticipated feature is the ability to respond to beeps from the wheel. This feature, supported by newer Begode wheels, allows you to retransmit two wheel alarms (beeps) – a 2nd speed beep and so-called “80% beep”. Information about both of these beeps is received by EUC World and can be used to generate a highest priority speed alarm and a safety margin alarm. From now on, wind will no longer be a problem as both alarms can be sensed as a vibration on your phone or watch, as well as heard on your BT speakers or headphones without any problem.

Delay publication of your tour progress

The latest EUC World update also introduces a very useful feature to better protect the privacy of users who share their live tours with others. From now on, it is possible to set the delay with which tour progress will be presented to others. The delay can range from 5 minutes to 3 hours. This way, others will still be able to see the progress of your route, but they will see you as if you were in a place that you have long passed.

Another new feature is support for the newest wheels – Begode Hero, Begode Commander and Veteran Abrams. The unlocking feature for King Song wheels equipped with the latest firmware versions has also been improved. Various fixes and improvements have been made for other wheels as well.

Synchronization of recorded tours and data logs has also been improved. The improved synchronization not only improves the performance of the application, but should also reduce the bandwidth usage of the Internet connection quite significantly.

As of November 2021, all app updates published on Google Play must be compatible with scoped storage, introduced as an option in Android 10 and required by Android 11 and later. Because of this, the location of files stored by EUC World in the device’s memory has changed. From now on, data logs (both EUC logs and charging logs) will be saved in the public Downloads folder. Photos and videos recorded with the application’s built-in camera will be saved in the public Pictures and Movies folders respectively. All files created by previous versions of EUC World will still be available in the EUC World folder, but will no longer be available to newer versions of the application.

Are you happy with EUC World? Consider supporting it!

I hope you are happy with the new update. I am continuously working on the development of EUC World to best meet the needs of the entire community of EUC riders around the world. If you appreciate my efforts and want EUC World to continue to be actively developed, please consider supporting the EUC World project. By doing so, you will help me to maintain it and continue its development, which, thanks to the support of users, has been going on continuously for over two years now. Privacy masking is a new feature that should especially please those of you who, when sharing your tours with others, would like to keep certain areas and locations from being disclosed. 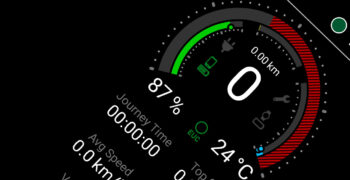 EUC World is an application that is quite easy to use. Nevertheless, there are some functionalities which are not fully understood even by experienced users. In this article I will familiarize you to the main screen of the application 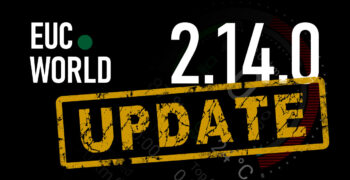 The winter period is a time when the EUC World project development is especially intensive. Less opportunities to ride mean more time for me to spend on new features and improvements to the app. Right now, at the beginning of 2022, I am happy to announce the latest update of the EUC World application – […]